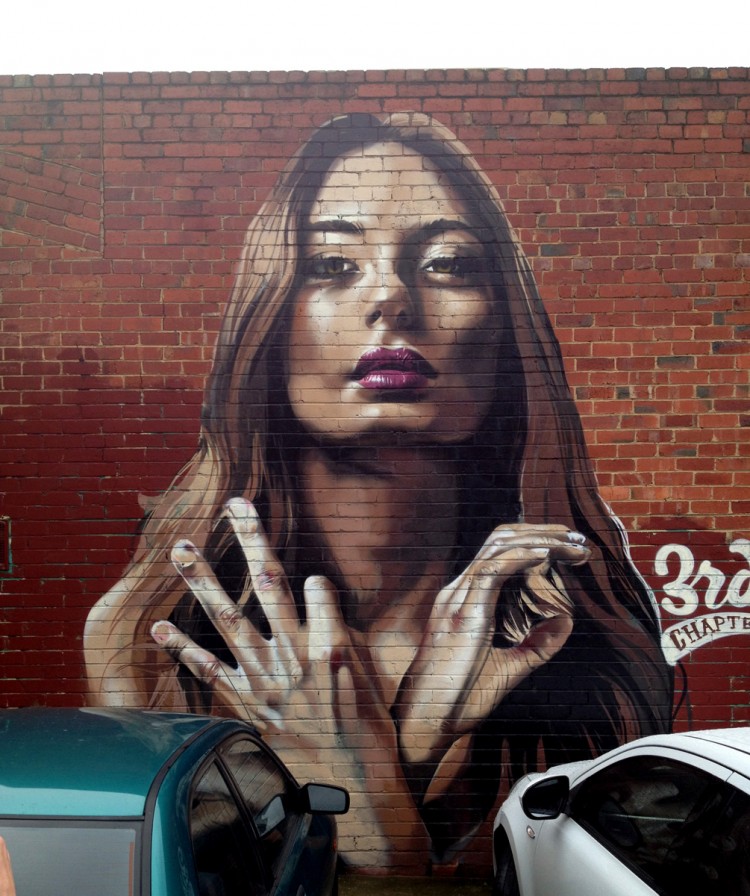 Check out this great video of Australia’s graffiti artist Linz teaming up with Third Chapter to showcase their new winter collection “A League of Our Own”. Impressive work!

Known better by the name Linz which has been sprayed across walls around the world for over 20 years, Lee Harnden’s career as one of Australia’s most prolific graffiti artists has found him working side by side with some of the games legendary names, from Mike Giant, Richard Mirando aka Seen, Can2, Ces and many more. Not only does he hold it down as one of our countries true graffiti veterans and Ironlak team member, Lee’s work with his oil painted portraits cumulated last year into his solo exhibition “Catharsis” which showed us all the depth of his talent.

If you have never had a chance to spend some time with Lee, he might be mistaken as that staunch writer that you wouldn’t want to run into in a dark alley, but those who know him know too well that he is one of the most down to earth, genuine and passionate homies you will ever kick it with. This Third Chapter X Linz Collaboration has been in the works for some time now and we are more than excited to finally share it with you, a true friend and a strong a driving force behind 3C- we introduce you to Lee Harnden aka Linz.