Meg Myers is a new artist on the rise. Her debut EP “Daughter in the Choir” has created quite the buzz when it was released in 2012. Now she is back with a new single, new video and a brand new 5-track EP. Meg has talked to Altwire about her new material, musical influences, her plans for 2014 and Stephen King!

AltWire [Melissa]: Your upcoming 5-Track EP Make a Shadow will be released on February 11. Of course, we already know your two singles “Heart Heart Head” and “Desire”, but can you tell us more about the three new songs “Go”, “Make a Shadow” and “The Morning After”?

Meg Myers: “Go” is a more upbeat song on the EP, about trying to get away from people. “Make A Shadow” is the song that I am most excited about. It is about the beauty in being a child and how that becomes lost as you become an adult. It is about how life becomes sad and wanting to go back to that childhood innocence. “The Morning After” is a very personal acoustic song.

AW: The EP is your first multi-track release as a signed artist of Atlantic Records. How did the recording process of Make a Shadow EP differ from creating your first – independent – EP Daughter in the Choir?

MM: I got to record Make A Shadow in a studio instead of Andy’s kitchen which was nice. Although it still has electronic elements, there are more live instruments on this EP. I am going through different things now than I was during the recording process of Daughter In The Choir, so I feel like the songs on Make A Shadow represent a very important side of me that wasn’t there on Daughter In The Choir.

AW: Could you tell us more about your video for “Desire”? Why did you choose this storyline?

MM: The video was a collaboration between my team and I. The mixture of dark sexual subject matter mixed in with innocence is real life to me and it was more powerful to have an invisible person than a real person.

AW: It looks like 2014 is set to be a very eventful year for your music career. Other than the EP, there are also plans to release your debut album, and in March you will play the SXSW Festival. What do you want to have achieved when you look back at the end of the year?

MM: I want to be able to look back and feel like everything I did was an honest expression of who I am.

AW: When your first single “Monster” was released, your career took off extremely fast online – I remember first discovering your music when Mike Shinoda from Linkin Park blogged about it. A while ago, you said in Jensen Karp’s podcast show “Get Up On This” that you’re not really a computer person. How challenging was it for you to cope with all the internet media buzz?

MM: You are right about me not being much of a computer person. I have had to get better at social media which was really difficult for me and still is because technology stresses me out and I would rather be out in nature. 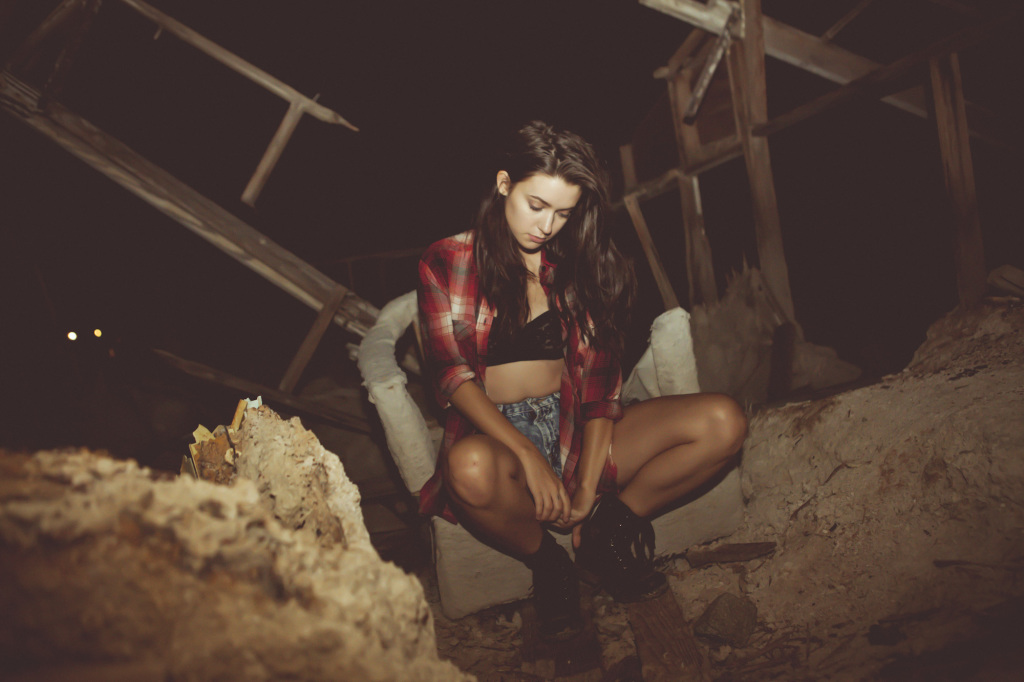 AW: The beginnings of your music career sounds like a classic rags to riches story. You moved from Tennessee to LA where you used to work as a waitress, and now you are a signed artist with a lot planned for the year ahead. What did it take to get that far? Can you give some advice for aspiring singers?

MM: Well for one thing I am not rich by any means. Still working towards that. It is nice to not be living in a car and to have the means now to be able to do what I love to do. As for advice for aspiring singers, work hard and make sure that it is towards something you love to do and don’t let anybody suppress you.

AW: You have a pretty difficult background. You were a Jehovah’s witness until your parents got divorced when you were 13 and got pulled out of school. How did music help you through that time? Are you active in other art forms like visual art, for example?

MM: Music pulled me out of what was going on around me. It was therapy for me and always has been and always will be. I love to draw and paint. I love film. Any sort of artistic outlet that I can get my hands on is very enjoyable and therapeutic.

AW: Your music style is very unique, and to me it sounds like an awesome combination of Fiona Apple and Nirvana. Were these influences intentional? Which artists have inspired you? Are there certain albums you own that shaped you as an artist?

What's it like to grow up in a war zone?

No Replies to "Interview with Meg Myers: "I'm going through different things now""