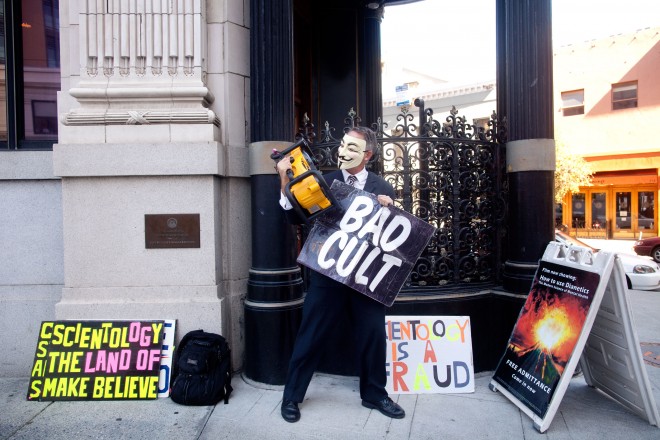 Last week the net and the media were ablaze with the news that Anonymous might be taking on the Zeta drug cartel in Mexico, a story that has morphed into a wider drug corruption story, and led to one American law enforcement official in North Carolina being named as a gang conspirator.

They’ve created law enforcement excitement that’s verged on panic, given net and media pundits hyperbolic logorrhea about “cyber terrorism” and “cyber freedom”, and happily skipped between damn funny, deeply disturbing, and self-aggrandizing, depending on the mood of the hive mind at the moment.

But what is Anonymous?

In this in-depth series “Anonymous: Beyond the Mask,” we’re going to do our best to answer that.

“The trickster does exist across America, across Europe, really across the world and it is not in myth but in embodied in group and living practice: in that of the prankster, hacker, the phreaker, the troller (all of whom, have their own unique elements of course, but so does each trickster),” she wrote in Social Text.

The trickster isn’t the good guy or the bad guy, it’s the character that exposes contradictions, initiates change and moves the plot forward. One minute, the loving and heroic trickster is saving civilization. A few minutes later the same trickster is cruel, kicking your ass and eating babies as a snack.

The conversation about Anonymous points to this trickster nature, veering between praise and fear, with the media at a loss for even how to describe them.

In the beginning, there were lulz, pranks and a culture of trolling just to get a rise out of anyone. But despite many original Anons best efforts, Anonymous has grown up to become the net’s immune system, striking back whenever the hive mind perceived that the institutions that run the world crossed the line into hypocrisy.

The fall and winter of 2010 started a pattern that persists; when the use of power gets suspect, people join Anonymous. But this immune response changed Anonymous as well. The lulz had to make room for righteous indignation, and not even a pretend indignation.

The voice of the hive mind, though still computer-generated, had changed its tone.

At the close of 2011, Anonymous Antisec members spent their holidays hacking companies connected to the federal government and exposing internal data as part of their Lulzxmas campaign. Antisec, who have emerged as the blackhat shock troops of Anonymous, going after police organizations and corporations such as Monsanto and Sony, represent a new, more forceful voice in internet politics.

It’s the culmination of a trend. Anonymous has gone from rickrolling the internet and mass-producing lolcats to hacking governments and corporations as a way to take on the systems that run the world, through means legal and illegal.

One participant in the collective, who joined in late 2010, didn’t have the lulz in mind at all.

“I felt that Anonymous was the best place for those who hated censorship of information … voicing my grievances to the government and to the world without having to deal with reprisals from either my employer or government,” he said. “And when WikiLeaks was censored, via extrajudicial financial blockades, and through general tyranny by the U.S. government, I decided it was time to call them out on their bullshit.”

But how did a group built around laughing at everything end up becoming such Serious Business?

Next: Part III, The freedom ops, HBGary Federal, and Occupy Wall Street in 2011, the year Anonymous reached over 9,000.

Made in China: 5,500 Toy Soldiers Make A Portrait

No Replies to "Wired.com: Three-Part Series Examining the History of Anonymous"