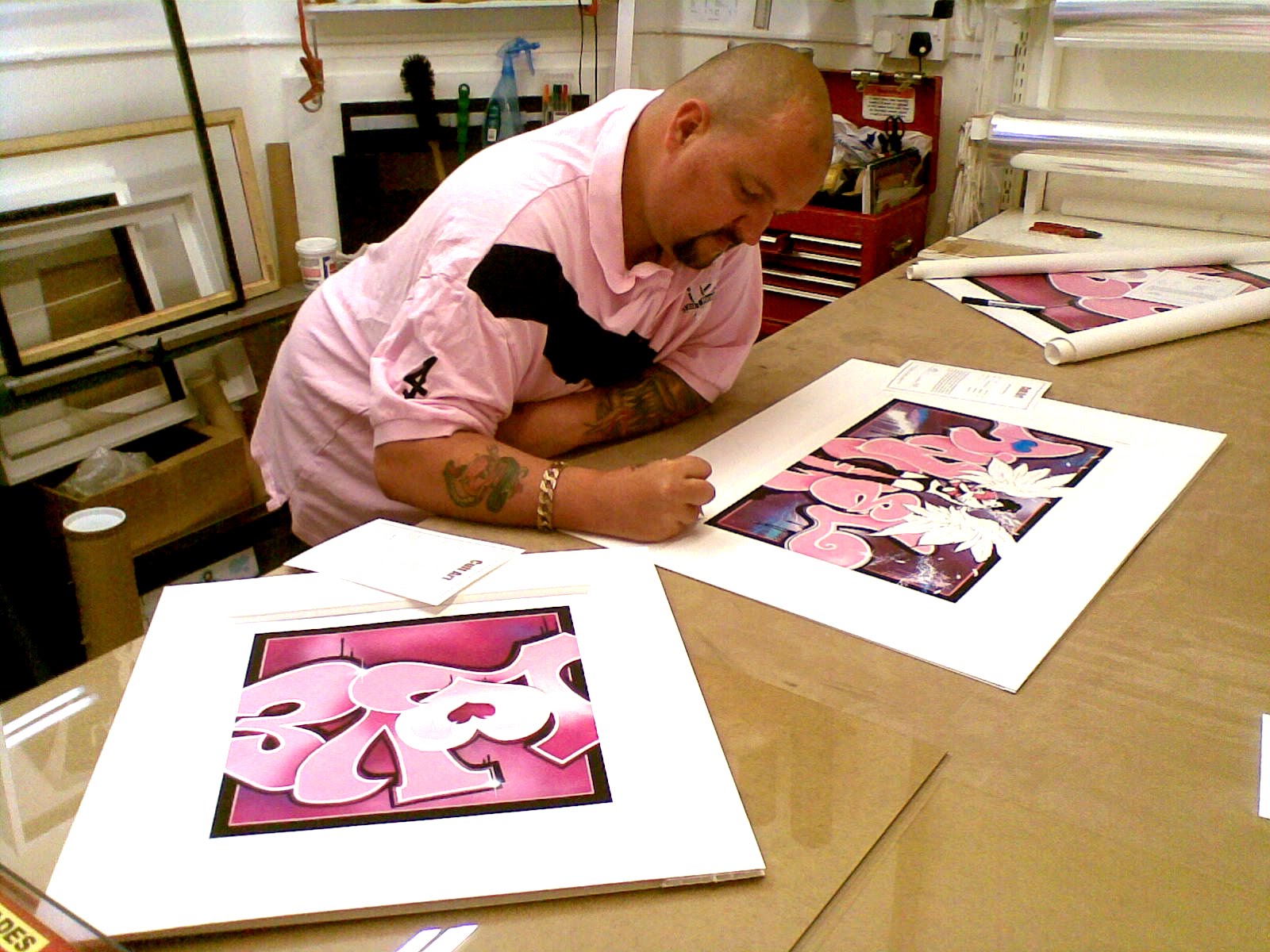 Vice mag has interviewed Darren Cullen from the Graffiti Kings about his recent arrest for criminal damage – an operation to clean the city off Graffiti (even legal one) during the Olympics.

Our Olympic dreams for London have already been soured by the roof-mounted rockets, VIP traffic lanes, and wandering gangs of “brand police.” But it got even worse yesterday when the British Transport Police raided a number of homes and made a bunch of arrests, seemingly as part of a pre-emptive operation to crack down on graffiti in the capital during the 2012 Olympic Games.

One of the people arrested was Darren Cullen. Darren, who is also known by his graffiti tag “Ser,” has been involved in the graffiti and street art scene in the UK since 1983. But in truth, he’s kinda legit—over the past 20 years, he’s worked with local councils, companies like Microsoft, Red Bull and Adidas, disadvantaged kids, and, hilariously, Team fucking GB itself. He’s also turned spraying paint on stuff into his own company, called Graffiti Kings.

I spoke to Darren about his arrest, and why he thinks the British Transport Police went after him.

VICE: Hi Darren. So, you were arrested yesterday?
Darren Cullen: Yeah, the British Transport Police knocked on the door of my mom’s address, but of course I don’t live there any more. She told them where I lived and they came to mine 20 minutes later, at about seven in the morning. They said they had a warrant for my arrest, which was a massive shock to me. I’m a law-abiding member of the community, a business owner—I wasn’t expecting to see police at my front door.

They said that I was being charged with committing criminal damage between 1997 and the present day and they began to search my house. It was mad, there were five police officers going through my property. They started bagging up my graffiti magazines, photographs, and spray paint as evidence. Everything I use in my job. They even took my phone and laptop.

It’s ironic that they would arrest me of all people while trying to stop people painting graffiti during the Olympics—Graffiti Kings was actually approached by Team GB to paint part of the Athlete’s Village, and ITN news had us paint some art on a black taxi for use in a program where they interview people about the Olympics.

Is there a little more of Sookie after final Charlaine Harris vamp book?

No Replies to "The Olympic Police's War on Graffiti: Vice Interviews Darren Cullen (aka SER from Graffiti Kings)"