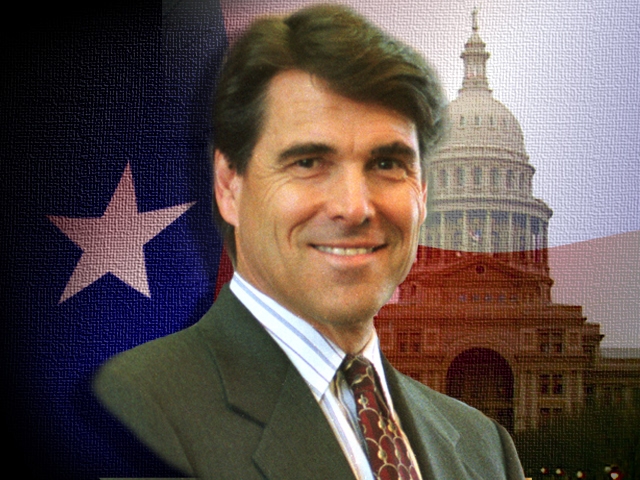 Racism is Fun? – Why Rick Perry’s flirtation with birtherism is racist

Earlier this week, Rick Perry said, “It’s fun to poke at [Obama] a little bit and say, ‘Hey, let’s see your grades and your birth certificate.’” And why shouldn’t he find birtherism fun? Racism is supposed to be fun for white people who choose to engage in it. I mean, it’s gotta be fun to be powerful and dominant and flaunt white privilege. Right? In a country where lynchings once doubled an occasion for barbeques — the strangling and perhaps burning of a Black body as the central performance act at a pleasant Southern picnic — why shouldn’t racism be fun for white people?

Birtherism is absolutely racism. It’s a clever, coded, politically-correct way to remind people Obama’s Black and untrustworthy and not one of us. It’s otherization: making him into an other makes him easier to demonize. For a candidate to say, “Obama’s Black, don’t vote for him,” would be too naked, impolite, and distasteful. But that same message is activated by the suggestion that he’s not like us because he’s not from this country.

See, racism seeks to put Blacks in a second-class position and to say we’re lesser than: lesser intelligence, value and/or humanity. We’re not one of the real Americans. Birtherism subtly says to the audience, “Obama’s not really one of us Americans. We can’t be sure he’s really from here. Is he a full-fledged American? We just can’t be certain.”

During slavery, Blacks who weren’t on a plantation were subject to being checked for free papers — documentation that proved they were free and not an escapee. Many free Blacks carried these free papers in their pocket at all times. This free paper check is echoed today in the repeated demand to see Obama’s documentation as an American. Donald Trump and Rick Perry and the rest of the birther crew are virtually marching up to the White House, knocking on the door, and saying “Can you prove that you belong here? We’re uncertain. We just want to check.”

What’s the harm in just checking? The transaction proves the checker has a right to ask and to be a judge of the checkee. It puts the checker in the superior position. Even if you turn out to be legitimate, the checker walks away from the transaction having proven dominant status. That’s why many Blacks were saddened or angered when Obama felt forced to unveil his long-form birth certificate. In submitting to the act of proving it, he concedes power.

Blacks at all levels find themselves dealing with the modern version of free paper check, which I call the resume check. It’s the question that asks, “Are you supposed to be here? Are you qualified?” It demands the asked Black person prove their right or qualification to be someplace. And even if you’re correct, the transaction is intended to remind you that you’re Black and deserve to be checked — you’re lesser or, at least, you’re questionable. The resume check is when you buy a first class seat on a plane, sit down, and somehow only your ticket gets checked twice. Or when you drive a nice car and get stopped by the police more often than white people who drive the same car. Or a cop stopping and frisking someone with no real probable cause beside race. Or when you get questioned about how it is you got to be somewhere.

It’s been a whirlwind couple of years for Florence Welch and her compatriots. Few music fans can argue that U.K. act Florence + the Machine is one of the major success stories in recent history….

No Replies to "Racism is Fun? - Why Rick Perry's flirtation with birtherism is racist"