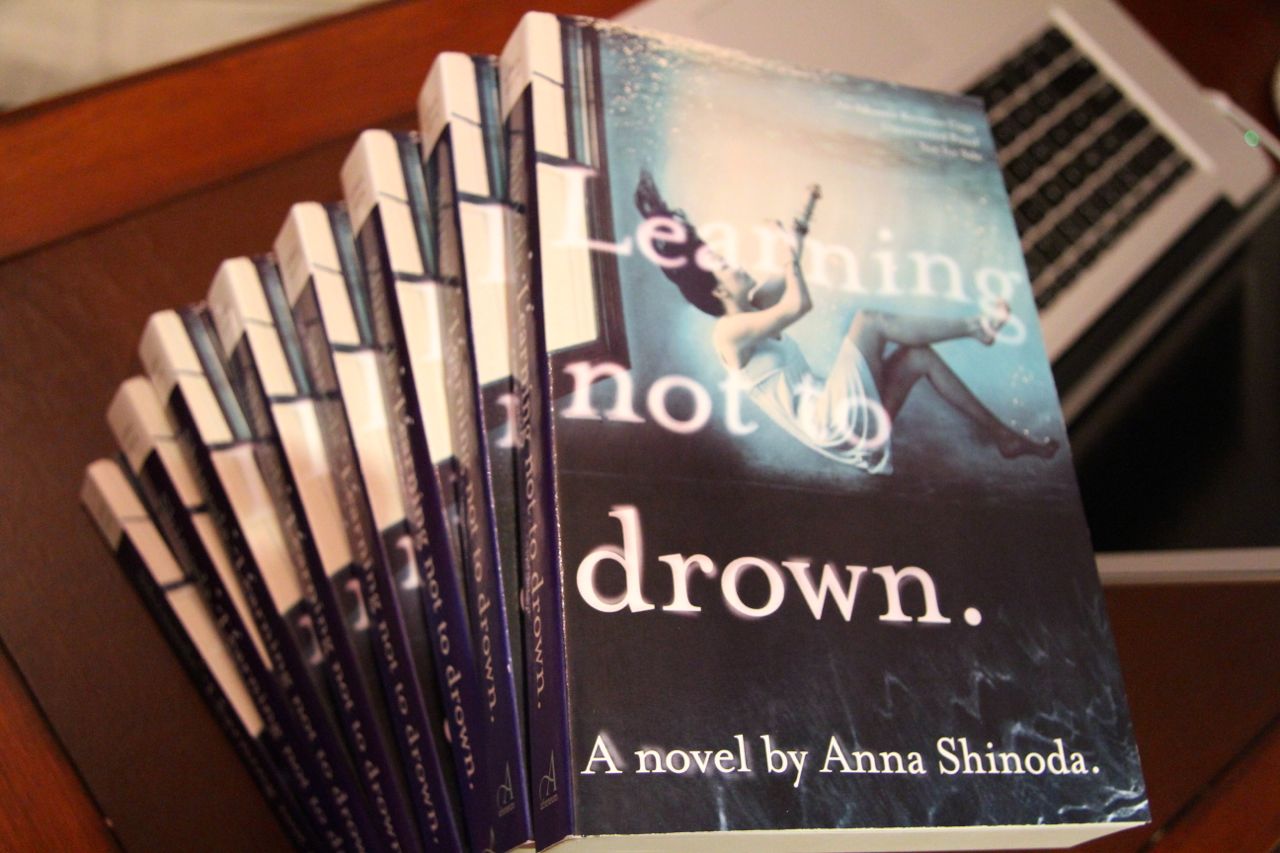 Two lessons. That’s all I had. One from Luke: learn to float. One from Peter: a basic crawl stroke.[…]Dad’s idea of teaching me was throwing me into the deep end and yelling, “Sink or swim!” Mom refused to help, using her disgust for the lake water as an excuse. 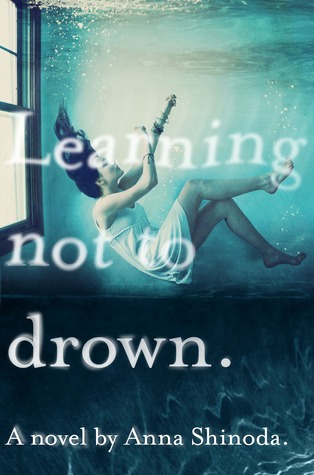 With her debut novel “Learning not to drown”, Anna Shinoda tells the heartbreaking story of a young girl trying to cope with the criminal nature of her brother while her family fails to support and understand her.

Clare could have the perfect life of a 17-year old teenager: she has good grades, a solid circle of friends, and a nice summer job – but she also has “Skeleton”. A companion who always seems to show up whenever she is confronted with the criminal actions of her big brother Luke.

Parallel to the main plot, the novel tells Clare’s story with a number of flashbacks – memories of moments in her life that show how Luke’s crimes have influenced her relationship with him and ultimately her life. But the story is flawed, because she is tinted by Clare’s denial. Luke is her hero. Her big brother who was “at the wrong place, at the wrong time” – an explanation she learned from her mother when she was younger and asked for Luke’s whereabouts. His crimes? Drug possession and a little stealing. But now Luke is released from prison and she is not a little girl anymore, but a smart young adult – the little bits and pieces of information doesn’t add up anymore and Clare has to look her Skeleton in the eye (figuratively speaking).

“Learning not drown” accompanies Clare’s long and stony path towards the truth. A path through depression and the hurtful realisation that her family is defective. She has to rely on herself in order to leave her past behind. Still, the novel is more than the classical coming-of-age story – the readers are confronted with an extremely difficult topic. What do you do when a family member, a person you love unconditionally, turns out to be asocial and violent? Clare has to find out that the truth will hurt her, but the lies and denial would render her incapable to lead a fulfilled life – and potentially threaten her own clean slate.

The motif of swimming plays a big part in “Learning not to drown”. Clare has to learn it herself. Not one member of her family is capable of teaching her. The motif pops up quite often from swimming lessons with her brothers to her summer job as a life guard or the swimming lessons with the equally confused Chris who battles with the alcoholism of his mother and the partition of the lake into a clean part and a swamp. The comparison of Clare’s life with the lies and the gossip to the experience of drowning is very illustrative and well chosen. 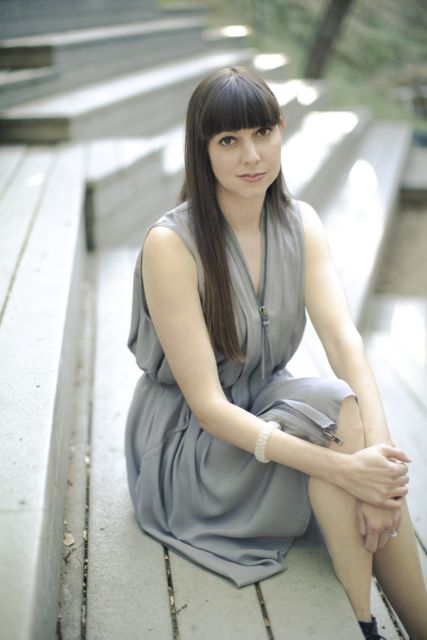 Photo: Bobby Kim | “Anna writes to promote healing in young people, whether it is confronting the unknown or facing a difficult truth. Drawing inspiration from her experiences as an adult with her memories of her own childhood, Anna Shinoda has many stories to tell.” – annashinoda.com

The conflict-ridden topic of the novel calls for a set of compelling multi-layered characters – and Anna Shinoda delivers them in “Learning not to drown”.
For me personally, Clare’s mother is one of the most-interesting characters in a Yound Adult book. She is extremely strict with Clare because she fears her daughter could make the same mistakes as Luke – but instead of helping Clare, her mother holds her back to reach her full potential. The conflict with her eldest son has left Clare’s mother totally desperate and helpless. She ends up concentrating all her love and support towards the child who seems to need her the most – Luke. But with this she hurts her other two children and especially the relationship to her daughter reaches a dangerous low at the end of the novel.
For the reader it is heartbreaking to watch her try to keep up the image of a perfect family – symbolized by her obsessive cleaning of her ornaments.
It is hard to understand her actions and choices, but this is reality. How can a mother be perfect when her feelings as a mother are conflicted with the person her son has become? Her numerous mistakes and poor choices show what could become of Clare if she doesn’t accept her skeleton. As Clare realizes herself, everyone has a skeleton and Clare’s mother tries her best to keep hers locked away – a fatal error.

She’ll continue to weave and spin a story of a small-town girl[…]She’ll spin and weave, blocking the closet door with her web, trying to keep her family skeleton tightly locked away.
But skeletons are resourceful. They don’t like to be locked up. It’ll peek out, rattle its bones, reminding her of its existence at any part of the day or night.

I won’t go into detail about the other characters of “Learning not to drown”, but they are equally fascinating and conflicted, from the father who made it his life-task to pick up corpses, to Clare’s younger brother Peter who was confronted with the evil nature of his big brother at a too young age. One of my favorite characters is Clare’s best friend Drea. She goes through hell with Clare, who is depressed, unresponsive, unfair and dishonest towards her friend. Still Drea sticks with her and helps her get through the hardest time of her life.

I strongly recommend “Learning not to drown” which is equally compelling to teenagers as it is to adults. The plot is gripping, the story heartbreaking and the interesting multi-layered characters breathe life into the book. I really felt with Clare through this rough patch of her life and couldn’t put down the book until I reached its ending.

“Learning not to drown” by Anna Shinoda can be picked up at your local book store or ordered at any online shop by April 1. Read an exclusive excerpt HERE.

Interview with Anna Shinoda: "I Was Getting Overwhelmed With The Story"

No Replies to "Book Review: Learning not to drown by Anna Shinoda"