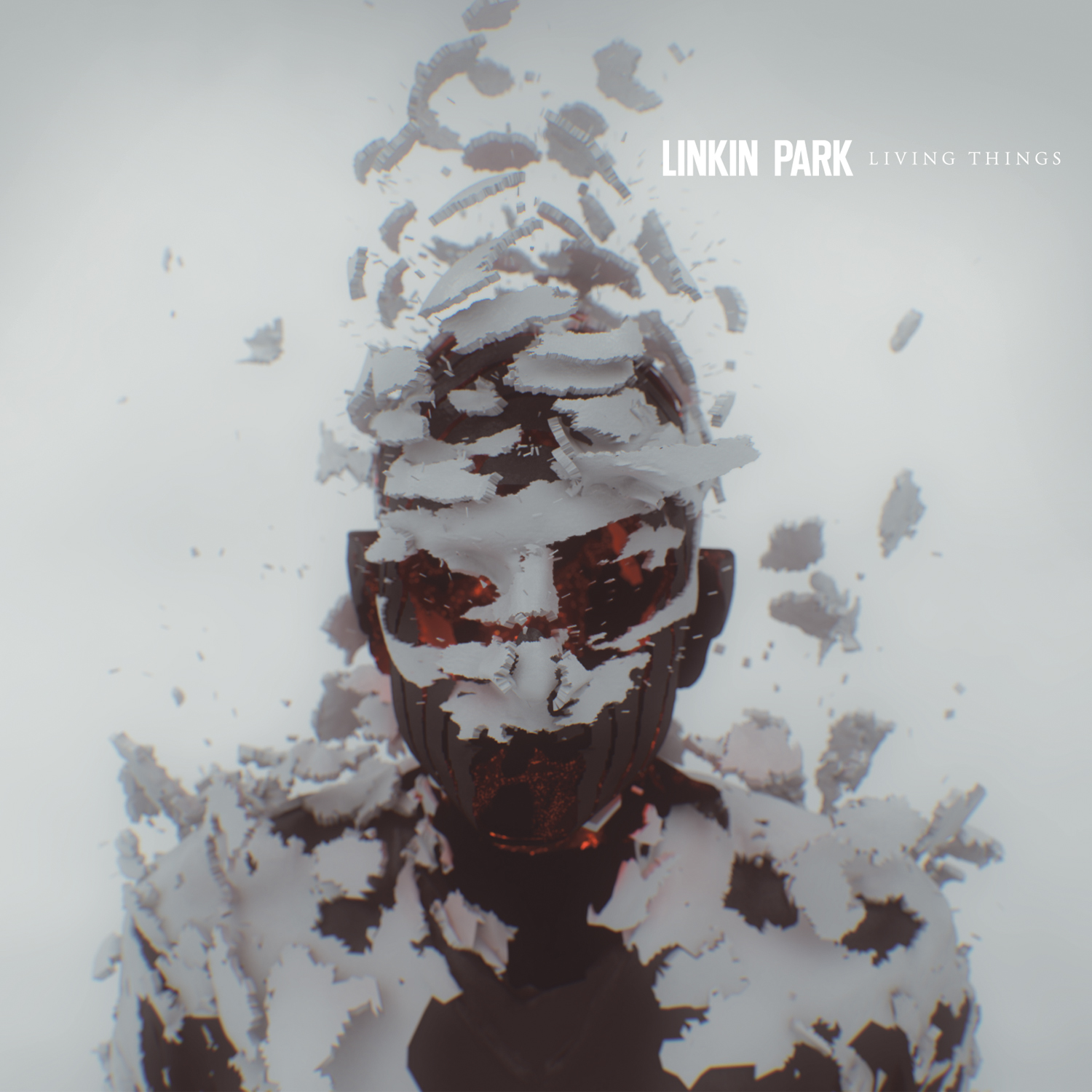 Because of Mike’s Release Day Challenge, there are still people out there who haven’t listened to the album yet and also don’t want to read spoilers, so you can only see the review after the jump!

The opening track of LIVING THINGS definitely deserves its position in the track list! From all songs, LOST IN THE ECHO reminds me most of Linkin Park’s old rap/rock style á la Hybrid Theory, but it has an electronic backbone which refines this outdated style and makes it interesting again.

While the verses consist of Mike rapping, Chester sings a very powerful and catchy chorus. The bridge is similar to the bridge in “Blackout” with Chester’s screams getting the Mr. Hahn treatment. The first association I had when listening to the lyrics, was that LITE is a total “Survivor-Song” about getting up again and finding your own strength after you’ve been betrayed by someone you trusted.

According to stickers on the album, LOST IN THE ECHO will be a single and I can only say that this is a great decision!

This extremely catchy and radio friendly rock song is very similar to Burn it Down. The lead vocals in the verses are sung by Chester. The bridge, in which Mike (later in harmony with Chester) repeats the line “Like an army falling one by one by one“ gives the song a necessary kick. As a whole, IMR is very uplifting and infectious. Another candidate for a single release.

I really can’t say anything new about the first single of LIVING THINGS. It was quite surprising for me that it turned out BID is the weakest song on this album. Very catchy, uplifting and radio friendly, but there are better songs on the album. Still, it is a perfect first single and was very well received. Its chart performance was great so far.

LGM is probably most famous for its involvement in the Linkin Park Scavenger Hunt. In case you don’t know, the band gave this track to a fan to leak it, which was the reward for a worldwide scavenger hunt.

On this very experimental, heavy rap track, Linkin Park take the rap/rock mixture to the next level! The contrast of joyful sounding rap verses and aggressive lyrics works really well, especially mixed with Chester’s screams in the chorus and bridge.

In style, this track is really similar to IN MY REMAINS and BURN IT DOWN, but probably the catchiest of the three. It’s a very radio friendly typical LP track like “What I’ve Done” or “New Divide”. The chorus is again very powerful, but the song structure is a bit simple and the track a bit too repetitive for my taste. I’m afraid, I’LL BE GONE might get a bit boring after too many listens. It’s still one of the many songs on LIVING THINGS that could be a successful single.

Awesome song! COG is an extremely catchy song with a folky melody but in an indie/rock kind of way. The verses sung by Mike’s sound haunting and dark. While it is not as electronic as some other songs on this album, there are still some electronic elements in it. This is definitely one of the most interesting songs on the album and surprised me most. Linkin Park have never done a song like this and if the stickers on the CD are any indication, this is another single, which is a great move!

The short VICTIMIZED starts with a distorted electronic intro. Mike’s vocals, with heavy effects on them, open the song with a melodic verse, that sounds almost nursery-rhyme-like in a “I’m gonna fuck you over with a big smile on my face”-way which is a great contrast to the aggressiveness of the song as a whole. Something I noticed right away is that the drums are absolutely epic on this song!

VICTIMIZED is a great punk rock song with heavy guitars, distorted noise, rap verses and a violent chorus screamed by Chester. The lyrics are really provocative and in-your-face: “Wanna talk about a victim / Imma put you there with ’em”. The song is too short, but it still sounds complete, which is pretty surprising for a track that doesn’t even reach the 2 minute mark! This will get the pits moving during the upcoming live shows!

This beautiful rock ballad with a folky feeling to it is dominated by Mike’s vocals that really touched me from the first listen on. The lyrics are very emotional but the verses are darker and deeper than e.g. in “Iridescent”. The harmony between Mike’s and Chester’s vocals is incredible in this song, which really takes off in the second half. The bridge is super catchy and makes ROAD UNTRAVELED to a sing-a-long-song that is going to be perfect in a live setting.

This electro-rock song is very similar to ROADS UNTRAVELED, but has more electronic elements and industrial sounds that we already know from songs like “Wretches and Kings”. Again the verses are very dark while the song really takes off with the chorus. I think the difference between Mike’s and Chester’s voices has this effect, but somehow the band needed a few albums to learn how to bring this to perfection. Songs like ROADS UNTAVELED and SKIN TO BONE show that a great contrast between the two vocalists can also be achieved when both are singing, instead of the often used formula of rap/rock. One negative point is the placement of the songs in the track list. In my opinion it wasn’t really smart to put two songs that sound so similar in succession.

With UNTIL IT BREAKS, Linkin Park created one of their most interesting songs on this album. The heavy rap track could have fit on “A Thousand Suns” with its great vocal effects and almost ethereal atmosphere. You can hear right away that the song actually consists of shorter tracks, almost pasted together, but the single parts fit very well. Mike’s rap is really badass and the switch from Mike’s provocative rap verses, probably the best ones he’s ever written, to Chester’s ballad like verse is absolutely epic. The song takes a twist with Brad’s verse, the vocals distorted, which ends the song on a very ethereal note. The lyrics of this part are really haunting and brutal: “The body bends until it breaks/And sings again no more/’Cause time has torn the flesh away/The early morning sings no more.”

UNTIL IT BREAKS is not very radio friendly, and definitely won’t be a single, but it’s a very experimental track, which is awesome, because I love those kind of tracks!

Nice interlude that fits perfectly to POWERLESS. I can’t really say so much about it. It has a nice melody played on the piano.

Great ballad that reminds me a lot of Breaking the Habit. It’s slower, but still has an electronic-beat similar to BTH. The lyrics are very emotional and the music is just pure bliss! This is gonna be a fan favorite on concerts.

LIVING THINGS is the best album Linkin Park has made. Period. The fact that they managed to create this masterpiece in 1,5 years is absolutely mind-blowing! The lyrics of the songs are really good and Linkin Park has found a way to stay faithful to their roots without neglecting necessary experimentation to create new sounds and styles.

When I listened to the songs for the first time I was really gobsmacked about how much they don’t sound like what we’re used to hear from Linkin Park.

As you can see in the rating of the songs, my favorites are LOST IN THE ECHO, LIES GREED MISERY, CASTLE OF GLASS & VICTIMIZED, closely followed by SKIN TO BONE, ROADS UNTRAVELED and UNTIL IT BREAKS. I gave all songs pretty high ratings, because I just liked them all, which is pretty weird for me, because I always have at least one track that isn’t sooo great.