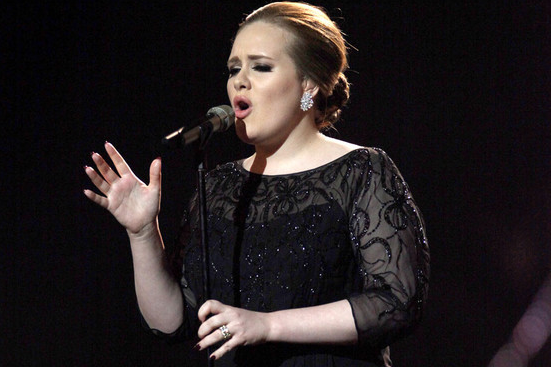 Adele has announced plans for a live CD/DVD of her recent performance at London’s Royal Albert Hall.

The release features the singer’s full 90-minute performance on camera plus a 17-track album featuring a mix of ’19’ and ’21’ album hits, as well as covers of Bonnie Raitt’s ‘I Can’t Make You Love Me’ and The Steeldrivers’ ‘If It Hadn’t Been For Love’.

Behind-the-scenes footage shot throughout the day of the concert, which is directed by Paul Dugdale, who has worked with acts including Florence And The Machine and The Prodigy, also features on the DVD. The package will come out in the UK on November 28.

Here is the tracklisting for Adele’s ‘Live At The Royal Albert Hall’:

The singer recently said she would like to collaborate with Mumford and Sons. Adele has been dogged by illness this year, with her most recent haemorrhage in her vocal cords forcing her to cancel her US tour earlier this month. She has since drafted in a vocal therapist to help repair her voice.