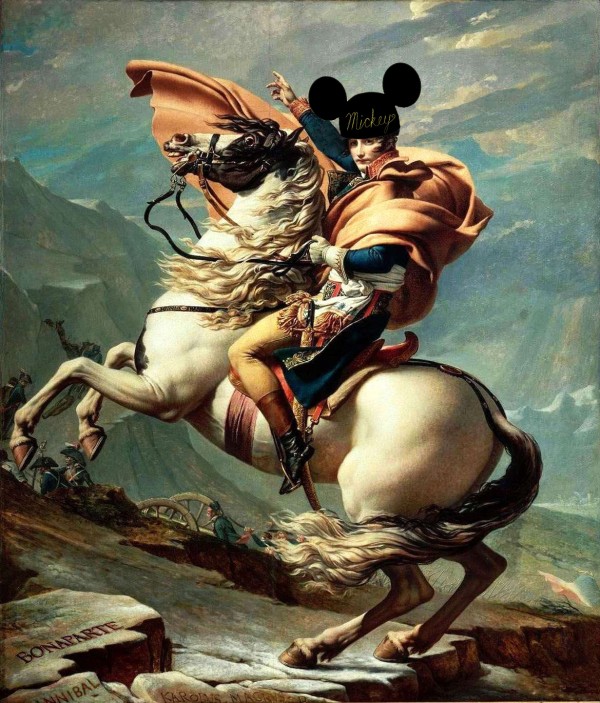 It’s been 200 years since Napoleon ravaged Europe in the name of French nationalism, so maybe it’s time to put aside the differences over all that warmongering and failed empire-building and all go to an amusement park together. France thinks so, at least. By 2014, construction is set to begin on Napoleonland, a new theme park designed to pay homage to the French leader some believe to be a hero and others think of as one of history’s most loathsome dictators. Park-goers can expect a water show recreating the Battle of Trafalgar, tributes to Napoleon’s crushing defeat of the Russo-Austrian Army at the Battle of Austerlitz, a ski run littered with the frozen bodies of soldiers and horses and a re-creation of Louis XVI on the guillotine — all of it on the site of one of Napoleon’s greatest victories, the Battle of Montereau. Even the Battle of Waterloo, which ended Napoleonic rule, will be featured. “It’s going to be fun for the family,” Yves Jego, the brainchild behind the park, told The London Telegraph. Indeed. After all, wouldn’t Disneyland be better if its grounds were scattered with war casualties and 18th century beheadings?

Grutas Park, a site about 75 miles outside Vilnius, doesn’t have a roller coaster or a Ferris wheel — but it does have dozens of Soviet-era sculptures that escaped destruction when Lithuania gained its independence. The park’s founder, Viliumas Malinauskas, used his family’s mushroom-and-berry fortune to establish a place for those monuments to socialism to live on as a permanent reminder of past oppressions. But Malinauskas didn’t stop there. Grutas Park, which opened in 2001, is also home to a Soviet-era playground, a restaurant serving Soviet-era dishes and, oddly, a zoo, complete with non-Soviet-era ostriches. If you’re planning a trip, aim for April 1 and catch an annual comedy festival featuring impersonations of Communist Party bigwigs and bureaucrats.