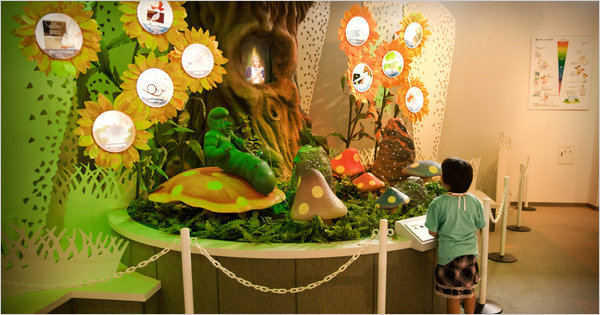 SHIKA, Japan — Near a nuclear power plant facing the Sea of Japan, a series of exhibitions in a large public relations building here extols the virtues of the energy source with some help from “Alice in Wonderland.”

A Dodo robot figure, swiveling to address Alice and the visitors to the building, declares that there is an “ace” form of energy called nuclear power. It is clean, safe and renewable if you reprocess uranium and plutonium, the Dodo says.

“Wow, you can even do that!” Alice says of nuclear power. “You could say that it’s optimal for resource-poor Japan!”

The result was the widespread adoption of the belief — called the “safety myth” — that Japan’s nuclear power plants were absolutely safe. Japan single-mindedly pursued nuclear power even as Western nations distanced themselves from it.

The belief helps explains why in the only nation to have been attacked with atomic bombs, the Japanese acceptance of nuclear power was so strong that the accidents at Three Mile Island and Chernobyl barely registered. Even with the crisis at the Fukushima Daiichi nuclear power plant, the reaction against nuclear power has been much stronger in Europe and the United States than in Japan itself.

As the Japanese continue to search for answers to the disaster at the Fukushima Daiichi plant, some are digging deep into the national psyche and examining a national propensity to embrace a belief now widely seen as irrational. Because of this widespread belief in Japanese plants’ absolute safety, plant operators and nuclear regulators failed to adopt proper safety measures and advances in technology, like emergency robots, experts and government officials acknowledge.

“In Japan, we have something called the ‘safety myth,’ ” Banri Kaieda, who runs the Ministry of Economy, Trade and Industry, which oversees the nuclear industry, said at a news conference at an International Atomic Energy Agency meeting in Vienna on Monday. “It’s a fact that there was an unreasonable overconfidence in the technology of Japan’s nuclear power generation.”

As a result, he said, the nuclear industry’s “thinking about safety had a poor foundation.”

Japan’s government has concentrated its propaganda and educational efforts on creating such national beliefs in the past, most notably during World War II. The push for nuclear power underpinned postwar Japan’s focus on economic growth and its dream of greater energy independence. But as the carefully fostered belief in nuclear safety has dissipated in the three months after the March 11 disaster, Japanese are increasingly blaming the nuclear establishment for Fukushima. In a politically apathetic country, tens of thousands have regularly held protests against nuclear power. Young Japanese have used social media to organize and publicize demonstrations that have been virtually ignored by major newspapers and television networks.

A song, “It Was Always a Lie,” has become an anthem at the protests and a vehicle for Japanese anger on the Internet. Its author, a famous singer named Kazuyoshi Saito, wrote it by changing the lyrics of a love ballad, “I Always Liked You,” that he composed last year for a commercial for Shiseido, the cosmetics giant. Mr. Saito’s performance of the song, surreptitiously uploaded on YouTube and other sites, has gone viral.

“If you walk across this country, you’ll find 54 nuclear reactors/School textbooks and commercials told us they were safe,” the song goes.

“It was always a lie, it’s been exposed after all/It was really a lie that nuclear power is safe.”

In the days after a giant tsunami knocked out Fukushima Daiichi’s cooling system, the prime minister’s office and the Tokyo Electric Power Company, or Tepco, the plant’s operator, wrestled over whether to inject cooling seawater into the reactor buildings to prevent catastrophic meltdowns, and then over how to do it.

With radiation levels too high for workers to approach the reactors, the Japanese authorities floundered. They sent police trucks mounted with water cannons — equipment designed to disperse rioters — to spray water into the reactor buildings. Military helicopters flew over the buildings, dropping water that was scattered off course by strong winds, in a “performance, a kind of circus” that was aimed more at reassuring an increasingly alarmed Japanese population and American government, said Kenichi Matsumoto, an aide to Prime Minister Naoto Kan.

What became clear was that Japan lacked some of the basic hardware to respond to a nuclear crisis and, after initial resistance, had to look abroad for help. For a country proud of its technology, the low point occurred on March 31 when it had to use a 203-foot-long water pump — shipped from China, an export market for Japanese nuclear technology — to inject 90 tons of fresh water into the No. 1 reactor building. But perhaps more than anything else, the absence of one particular technology was deeply puzzling: emergency robots.

Japan, after all, is the world’s leader in robotics. It has the world’s largest force of mechanized workers. Its humanoid robots can walk and run on two feet, sing and dance, and even play the violin. But where were the emergency robots at Fukushima?

The answer is that the operators and nuclear regulators, believing that accidents would never occur, steadfastly opposed the introduction of what they regarded as unnecessary technology.

Luke Chueh: The Evolution Of The Prisoner