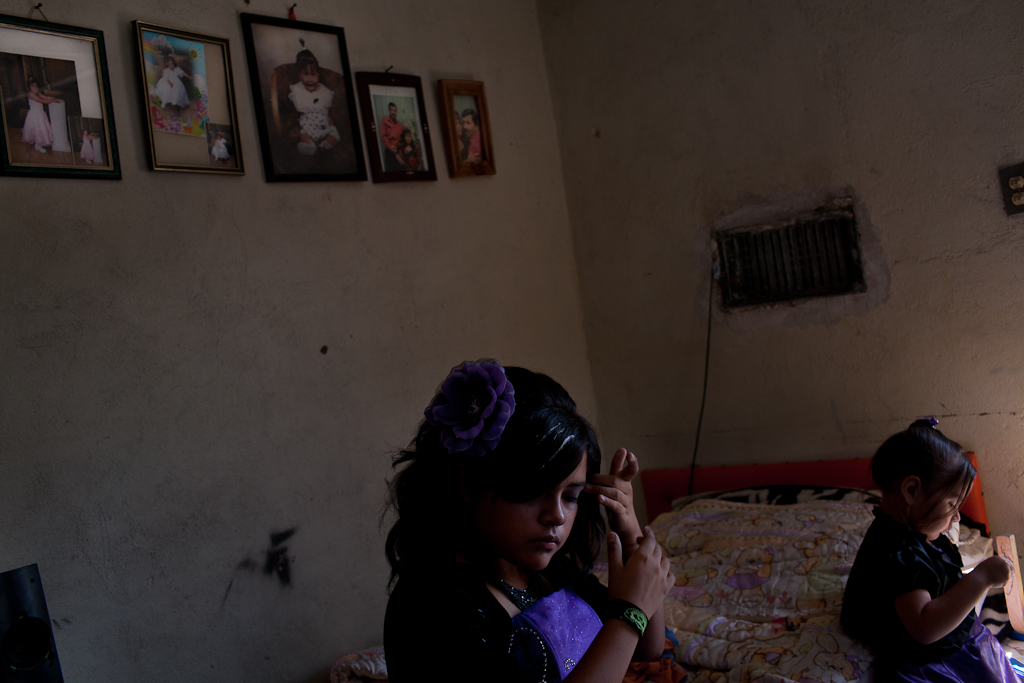 Photographing Life and Death in Juarez

Juarez, Mexico is a war zone.

The war is being waged by two rival drug cartels, the Juarez and the Sinoloa, block by block for control of the city and its trafficking routes. The result is extreme levels of violence, corruption and intimidation. And for the past two years, photographer Dominic Bracco II has been covering the war’s effects on the border town’s residents. While he is working there as a journalist, Bracco can’t help but feel invested in the subjects that he’s become so familiar with.

“I want an American audience to look at my pictures and see how people are living on the border as result of American policies and Mexican corruption and take some responsibility,” he says.

Bracco, who grew up on the border in Texas and speaks fluent Spanish, says he doesn’t feel constantly threatened while working in Juarez but he certainly takes precautions. Even though he lives in Mexico City, no one knows his home address. And he only flies into Juarez when he’s working on his story or an assignment.

He regularly works with the same fixer who knows Juarez well and they both do their best to stay under the radar, like driving beat-up cars that don’t attract the attention of car jackers. Bracco says the flip side of this, however, is that the beat-up cars often break down, stranding them in some of the most dangerous parts of the city.

No Replies to "Photographing Life and Death in Juarez"