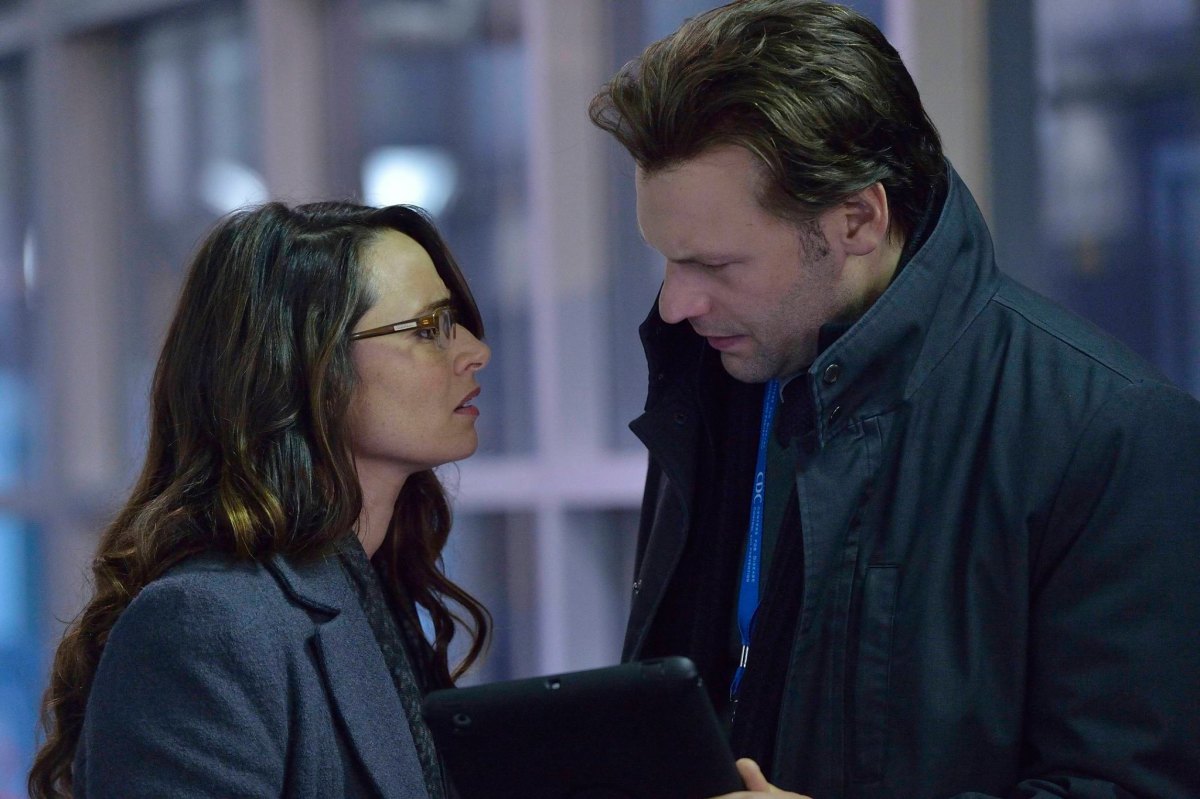 From Under The Dome to The Strain: How Adaptions Are Taking Over TV

In times when the Vampire Romance was taking over young adult female’s hearts, the release of The Strain in 2009 started a refreshing new trend in the genre: Vampire novels going Horror again with new modern characteristics. Guillermo del Toro, director of Pacific Rim and Pan’s Labyrinth, and Chuck Hogan created a masterpiece with their debut trilogy. Vampirism as a disease which transforms their hosts into brutal monsters taking over the world – a great mix of Vampire fiction with a post-apocalyptic backdrop. Only a year after, in 2010, Justin Cronin released his first Vampire novel The Passage – a tome that spans over several eras after a similar post-apocalyptic invasion of the undead and also the first novel of a trilogy.
Now, in 2014, Cronin’s final installment of The Passage Trilogy has yet to be released, but The Strain has already taken over another medium: the TV Screen.

On Sunday, FX premiered the pilot episode “Night Zero” of the 13-episode spanning first season of The Strain – with a screenplay written by Guillermo del Toro and Chuck Hogan. Of course, del Toro also directed. Thus, the series hasn’t only started a new trend of Vampire fiction, but is also following another one: big TV adaptions which involve their original author(s) in the production as executive producers, screen writers or directors. George R.R. Martin’s Game of Thrones or Stephen King’s Under The Dome are two other examples. This trend proves two aspects:

2. The TV industry needs adaptions just like the movie industry does, and some novels just scream for an adaption! Stephen King must be the most adapted author of all times – with good reason! Just like The Strain or Game of Thrones, his fiction calls for a visualization. Unfortunately Under the Dome doesn’t offer as much material as a trilogy or even a book series as huge as A Song of Ice and Fire. This is where the writer has to adapt himself to the medium if he wants to avoid the critical “make it or break it” – moment of the show: TV series need a long developing plot and if the original material doesn’t offer enough of that, the TV producers must have the creative freedom to create new material. If they are smart – and the writer is smart – they work together in order to create the best result.

The pilot episode of The Strain definitely showed that the producers worked to reach that aim, and it didn’t differ one bit from the novel it’s based on. Epidemiologist Ephraim Goodweather and his sidekick Dr. Nora Martínez race against time to unravel a mystery while New York City is invaded by a new enemy. CSI meets Dracula meets The Walking Dead – a great mix! I strongly recommend the pilot cause it was exciting, scary and intelligent. I’m absolutely sure that The Strain will be this summer’s big TV hit! With that said, there’s only one question left: when will Cronin’s The Passage be adapted???
I’m waiting!

Interview with Enter Shikari: “I Would Expect We’ll Be Busting Out One New Song”

It's Movie Trailers Time! The 15 Upcoming Movies You Shouldn't Miss!

No Replies to "From Under The Dome to The Strain: How Adaptions Are Taking Over TV"