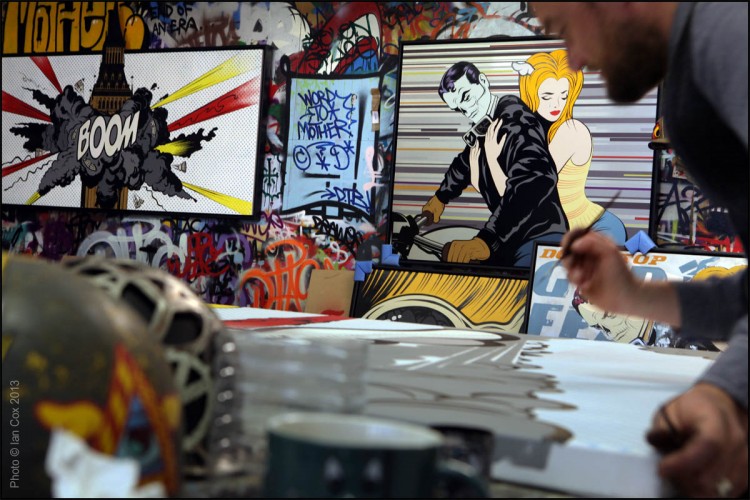 D*Face: Photos from “The New World Disorder” in London

Damn, it’s almost like I’d forgotten I had a website!! First up, thanks to everyone who made it down to my London show ‘The New World Disorder’ which also marked the final send off, some would say kick out, from the old Stolenspace Gallery and studio maze at the Truman Brewery. We started of in this space in 2005/6 and have seen and been part of the area evolving around us, in truth we’d been incredibly lucky to run such a hub for so long in such a prime spot… just a shit shame we didn’t buy a place instead of painting on them! So closing this space and kicking open the doors to the studios and secret rooms seemed only fitting… if you missed it, it can’t ever be repeated, but like most things can be viewed on line here. To get the full virtual experience, catch some tags on your wall, smoke a joint, make a ‘cabinet mix’ cocktail and piss in the corner of your room… it’ll be just as if you were there!

He has uploaded some pretty awesome photos of the show on his website. Check them out HERE!

No Replies to "D*Face: Photos from "The New World Disorder" in London"