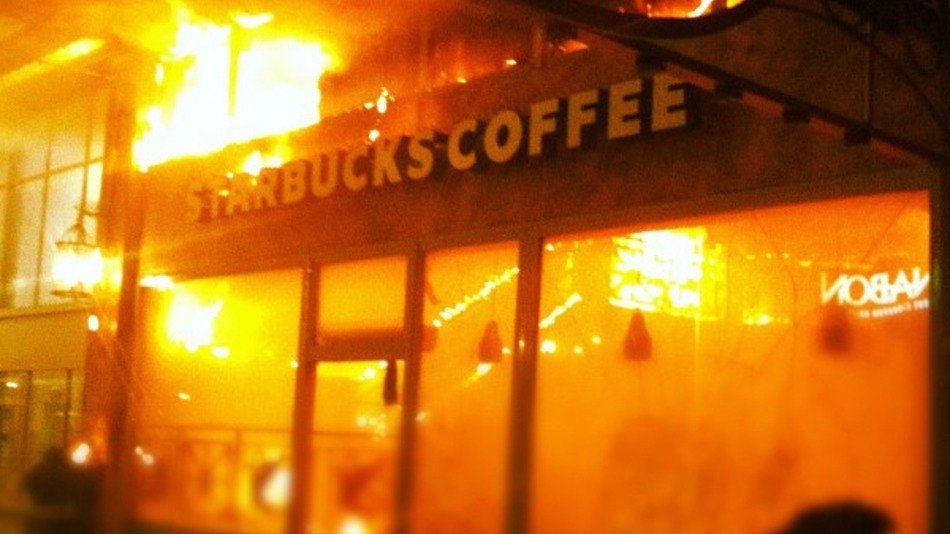 There are horrible riots in Athens right now with several buildings being set on fire. News reports say that already 80 people were injured in the riots! My dear co-author Antigoni just tweeted these awful pictures:

Also check out this video and this article:

Clashes erupted across the city center after more than 100,000 protesters marched to parliament to rally against drastic austerity cuts that will force firing in the civil service and slash the minimum wage.

Thick clouds of smoke and tear gas filled the air around parliament, as hundreds of rioters staged running battles with riot police and at least five buildings were in flames late Sunday.

The clashes broke out around 6 p.m. local time as tens of thousands of people, responding to calls from unions to protest the measures, streamed into Syntagma Square facing Parliament.

Peaceful protesters fled to adjacent streets as a group of around 100 anarchists threw bottles, rocks, pieces of marble and firebombs at police, who responded with tear gas and stun grenades.

Police say an officer was injured by a flare shot at him from a gun. He was taken to hospital.

No Replies to "Athens Burning - More Than 100,000 Protesting Against Drastic Austerity Cuts"