Day 1 – A night of games and activities The first day of the Summit was held on Monday in the “Schwarz-Licht-Viertel” in Hamburg. I never heard of that place before so I was excited to see what our beloved LPU had thought of for us. My friends and I traveled about 1 ½ hour to Hamburg and reached the meeting point 30 Minutes earlier. A few fellow LPU'er were already waiting on the outside and it didn't take long before Adam came over to greet us. Adam is a very nice and gentle guy and I am very happy I had the opportunity to meet him. Anyways after that I went inside were other LPUers were already waiting. So I took a seat, ordered something drink and pretty soon everyone was talking and chatting. Seeing that I've been to a several Linkin Park Concerts before I already knew a bunch of people, or just had seen their faces before. After everyone had arrived (around 26/30 people) Adam welcomed us AGAIN and explained everything that was about to happen today and he even told us some things about tomorrow. After that we were split up into groups and brought, one group after the other, to the, let me call it the “Playground”. We were about to play Underground Mini-golf. I NEVER played Mini-golf before, so I was sure I would suck balls. Anyways we arrived at the Playground and I was stunned. The whole thing was like a tunnel with a bunch of turns and curves, corners and stuff and it all was painted in like Underwater-world Environment, or jungle, technical stuff. And on top of that everything and enlightened by black light, which means the pictures were glowing and shining. It looked incredible. I never saw something like that before, a really original idea in my opinion. ...
Read More

Invited By Mike Shinoda Himself: Fan Review By LPfan1989 (Hamburg) 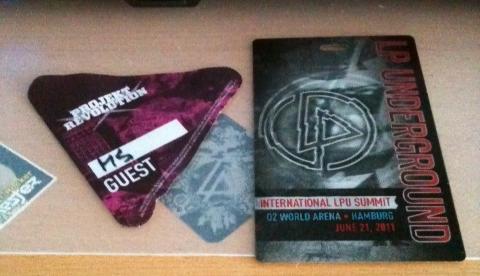 Translated by Adiek84 in a rush, so beware stupid mistakes!

And again I am writing a review for Adiek84´s Blog ^^ Arrival We started our journey to Hamburg at 6 am, the drive was calm and fast, and still we took 4 hours to get to Hamburg, because of many breaks. At 10:15, me and my friend waited at the E2 entrance of the O2 World Arena Hamburg, where I saw a few familiar faces of fans I've already met in Leipzig, like BlackChester for example. We actually had to use a different entrance, where we than had to stand in line and wait another 30 minutes. During this time, Adam (LPU) came outside and explained the schedule of the Summit. Then the Check-in started. It was possible to get tickets at the box office, but not for me, as I needed wheelchair space. Little did I know what was about to happen that evening. My friend and I were welcomed warmly by Adam and I thanked him again that I was allowed to bring a person to help me with the wheelchair. We got our Summit Passes with a red dot on it (because we didn't have a ticket for the concert later that night). After that we were examined by the staff and then went to the elevator. After a little detour to the ground floor, we found someone from the staff who showed us the right way (he led us through the kitchen). So we arrived at the chill out area (how I call it). There we got beverages and something to eat, so that we could have lunch first....
Read More 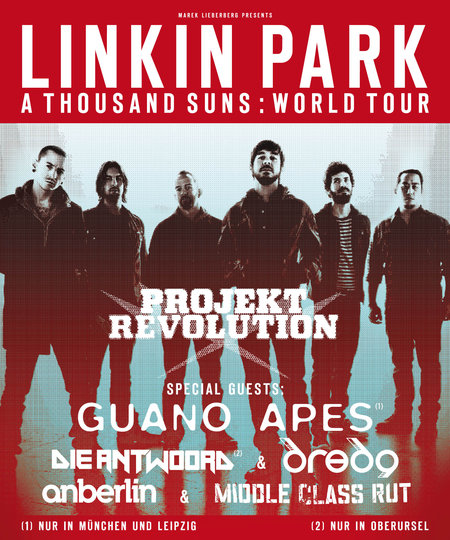 Arriving at the Venue At 11 am I made my way to Leipzig and the drive was so uneventful and relaxed that we arrived at the venue at 2.30pm already. My buddy and me, who was also my official assistant, because I'm sitting in a wheelchair, had a little break first, but then went to the entrance. First we went to the wrong one, which was closed (we weren't the only ones doing this), so we had to walk back again to the other entrance. After it started to rain so hard that we had to find shelter first, we asked the staff at the box office for information on the M&G and wheelchair space. They told me some totally wrong information, saying that the meeting place for the M&G was the box office, when we found out later that it was the bell tower. When we went through the entrance our stuff was examined by the staff there and they took two water bottles (from four) and my snap light sticks, and I had to open the mailing tube that contained my poster cause I could've hidden anything in there. The rest of the review, pictures, videos and live tweets after the click >>> ...
Read More