This is the week that the entire art world descends on South Florida for the annual art fair/excuse to party that is Miami Art Basel. It, and its satellite shows, are the premiere place to see — and buy, maybe — new work from established and emerging artists represented by galleries from around the world. We asked David Wilfert — the editor of art, style, and culture Website The World's Best Ever — to give us the rundown on the five artists everyone should be checking for during and after the fairs:

It seems that everywhere you look these days you see work by George Condo, and Art Basel is no exception. Six galleries in total are showing the work of this New York-based artist. Thanks in part to Kanye West having the good taste to select him as the cover artist for his most recent album, alongside collaborations with Supreme and Adam Kimmel, plus an upcoming 25 year retrospective at the New Museum, the painter and sculptor is definitely having a moment. All of these facts just lead to one revelation: Forget about buying a condo — buy a Condo. 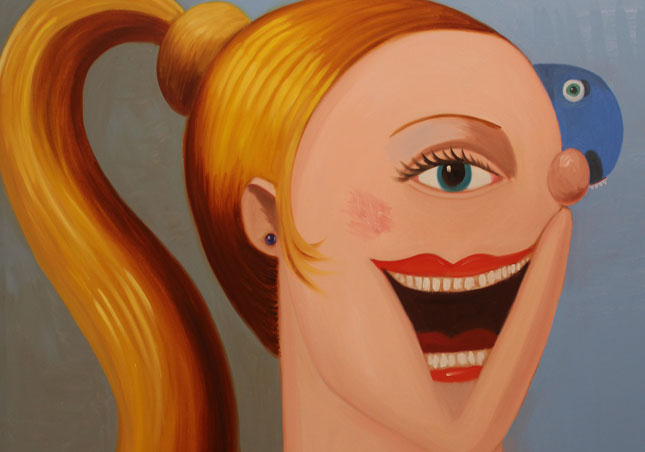 10 Alien Types We Wish Were Real

Okay, so NASA hasn't announced that it's discovered evidence of extra-terrestrial life, as was rumored/hoped for as soon as today's press conference was announced earlier this week. And while the discovery of an entirely new lifeform that redefines life as we know it is nothing to be sneezed at - Anything that actually deserves the sentence "Everything you knew about [Subject X] is wrong is more than alright with me - the idea of someone actually discovering alien life got me thinking... What fictional aliens do I wish we'd somehow manage to find first? Here are 10 suggestions for the extra-terrestrials that would make our first contact a pleasant experience. ...
Read More