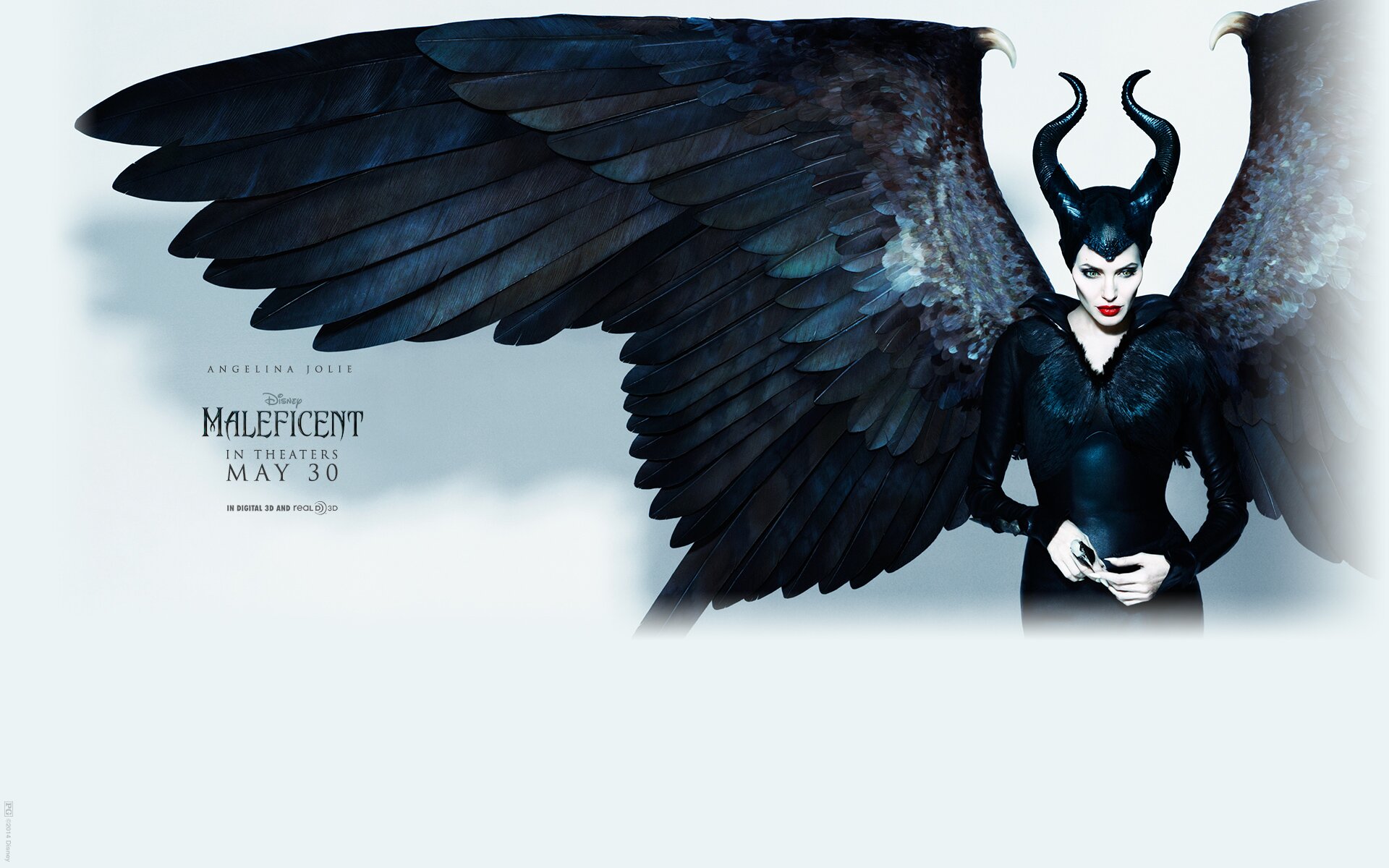 When I went to see Maleficent I expected a simple and slightly boring Disney movie, but what I got was so much more!
The re-imagining of Disney’s Sleeping Beauty tells the classical tale from a different point of view: it is the tale of the antagonist – the evil fairy Maleficent.
Angelina Jolie is starring as the main character, while Elle Fanning stars as Princess Aurora. Sam Riley, Imelda Staunton and Sharlto Copley can be seen in supporting roles.

Angelina Jolie as Maleficent isn’t only breathtakingly beautiful, but the actress gives the character so many layers, it was a pleasure to watch her. I’ve seen Angelina in so many great roles. In movies such as A Mighty Heart, Girl Interrupted, Beyond Borders, she played difficult and serious roles, so for me it was very surprising that her acting in Maleficent – a Disney movie – has touched me to this extend. As Maleficent she goes through a hurtful learning process from carefree to betrayed to eaten up with anger and eventually to the moment she feels true love.
Her best scene is definitely the heavily discussed “rape” scene aka the moment her best friend, the later King Stefan, cuts off her wings. The moment of her awakening and realizing what happened is so emotionally touching that I got teary eyed. As to the discourse if this scene is appropriate for a younger audience, just imagine you watch this scene as a 10-year-old. What do you see? You see a fairy who got her beautiful wings cut off and being sad about it. Do you see rape? No. Only an older audience can see the connection, thus this scene is a great depiction of utter betrayal because it works for both audiences.
Her weakest scene is definitely the moment she curses Aurora at the baby party. I wished for a truly evil fairy. One that would scare the shit out of me. But Maleficent wasn’t so scary. She still looked beautiful. Cold, yes, but still beautiful. Also, her anger didn’t show through. It were the special effects who gave her curse real depth and meaning.
All in all, Angelina Jolie was the perfect Maleficent – not only otherworldly beautiful, but also with an extremely wide range of emotion. Also kudos to the people who “designed” her character. While the dark Maleficent isn’t my thing really, the good version of the fairy looks so great. She reminded me of a valkyrie with her big wings, long hair and horns. Great work!

Of course every hero or heroine needs a sidekick. Diaval is a raven who was transformed by Maleficent (an act that saved his life) and whom she transforms into different types of animals during the movie. Being very compassionate, he serves as a bridge between the dark Maleficent and Princess Aurora. Diaval was my favorite character of Maleficent and seeing him in his different animal shapes, especially as a dragon, was fun and total eye candy. He was transformed as a servant, but turns out to be a true friend in the end. 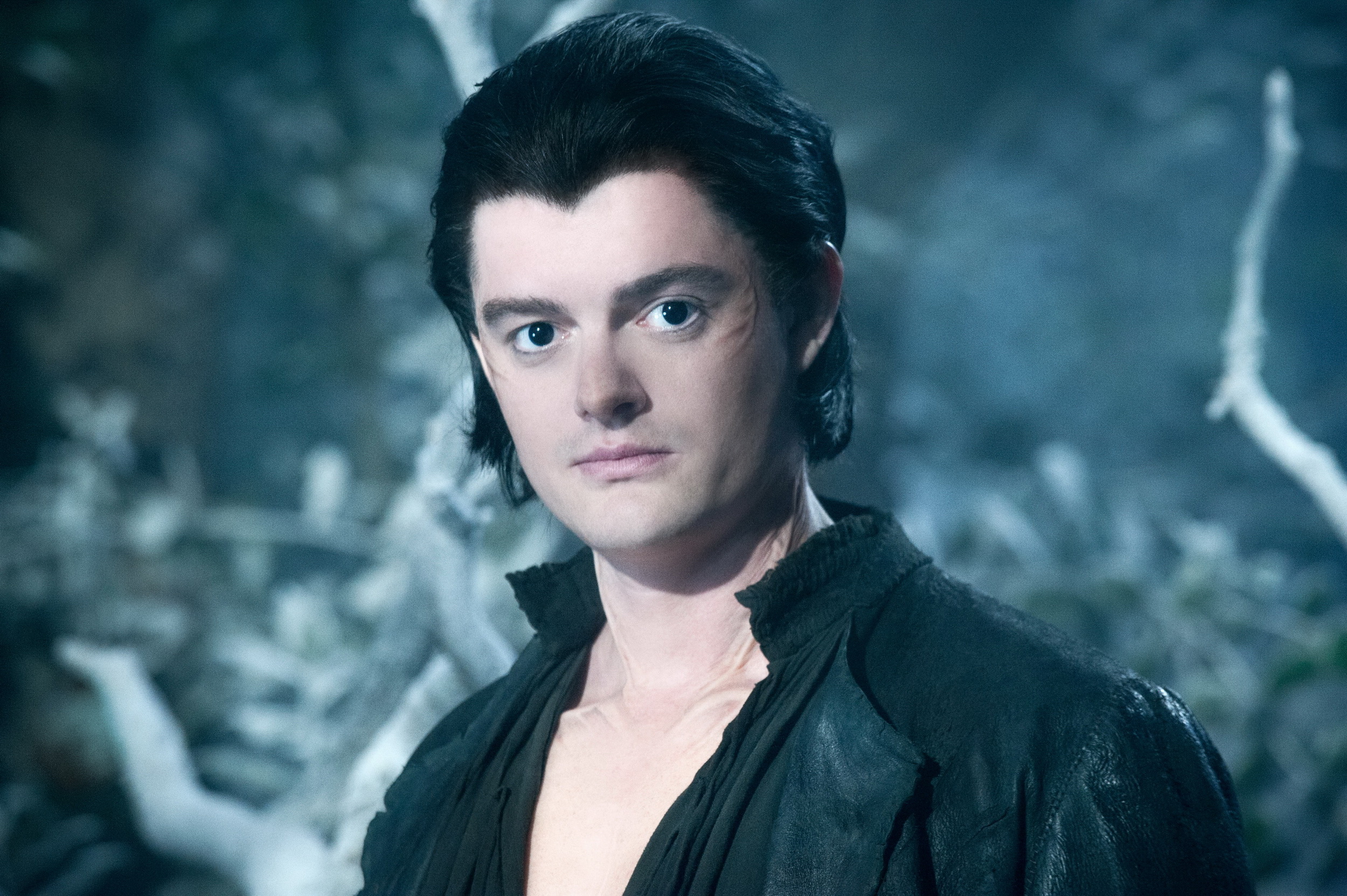 One disappointment and two pleasant surprises

Elle Fanning as Princess Aurora is just very boring. She’s predictable and doesn’t have anything else to offer than looking cute. It’s a real pity, cause Fanning has shown in other movies like Super 8 that she is a great young actress. 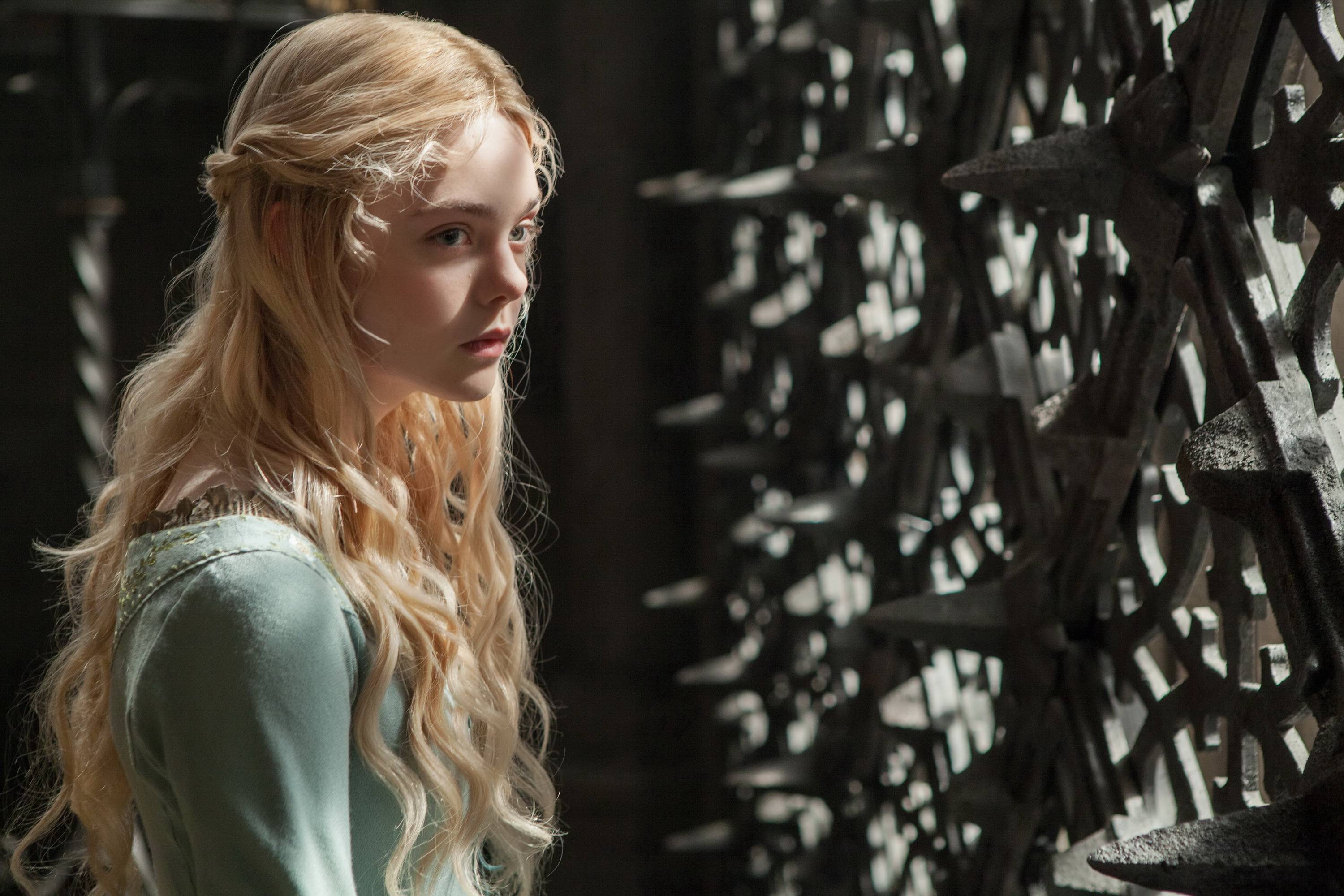 It’s always very pleasant to see South African actor Sharlto Copley in a movie. His portrayal of King Stefan is so good! He shows all 49903 layers of insanity and paranoia. The guy will forever be my hero cause he starred in the coolest alien movie of all times: District 9.
Isobelle Molloy deserves a special shout out for being such a good young Maleficent. She doesn’t look childish, but like a wise young fairy who already knows more than all humans together.

Maleficent is not a boring Sleeping Beauty reinterpretation, but an exciting fantasy-adventure. The movie has beautiful scenes with fantastic landscapes and creatures. The world of the swamp beyond the border is absolutely stunning. The fight scenes are really entertaining, similar to The Chronicles of Narnia or even Lord of the Rings – of course at a smaller scale, but still well made. My favorite scene was the dragon fight in the castle, as well as the war scene with Maleficent combating like a super hero.
The acting performances of Angelina Jolie, Sam Riley and Sharlto Copley give the story an emotional depth which I wouldn’t have expected from a Disney movie.

You can preorder “Maleficent” on iTunes now.

Movie Review: "Godzilla" - The Cons of a MUTO Picnic in San Fran

Interview with Enter Shikari: “I Would Expect We’ll Be Busting Out One New Song”

No Replies to "Movie Review: Maleficent"